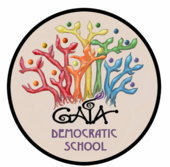 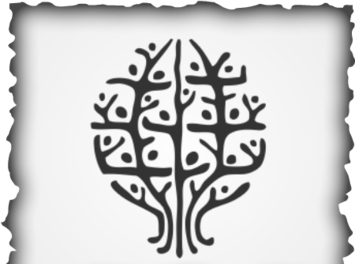 Learning Together in Fun and Freedom!

Democratic education begins with freedom and respect for young people. There has been a surge of interest in this education approach since the 1990s, leading to the creation of new democratic schools throughout the world. As of the publication of this directory, there are over 200 known democratic schools, resource centers, and programs located in 29 countries involving an estimated 15,000 students. These numbers will only increase as we progress further into the information age of the 21st century and beyond, as more and more people realize the deep significance of basing education on freedom, respect, and self-determination. This directory is an attempt to catalogue the schools, colleges, programs, cooperatives, resource centers, and organizations world-wide that are dedicated to the practice of democratic education.


What is democratic education?
The personalized and dynamic nature of democratic education makes it difficult to define. There is no “accepted” definition of what exactly democratic education means (and, in our opinion, we hope no authority ever presumes to claim an exact definition). However, it might help to provide a brief description of what it is not as well as varying perspectives on what it is. Democratic education, as we see it and in the context of this directory, does not refer to an authoritarian approach involving a hierarchical structure and pre-determined course-work designed to create “citizens of a democracy.” Such an interpretation is taken by, among others, University of Pennsylvania President Amy Gutmann in her book entitled Democratic Education (1999). While Gutmann uses the term “democratic education” to describe the end goal of a mostly pre-planned, authoritarian form of schooling, we believe that democracy and freedom ought to be both the end result of education as well as the means through which education takes place.


What does this mean in practice? To start with the simplest description, the Israeli-based Institute for Democratic Education describes two core elements of a democratic school: “1. adhering to human rights within the school framework, and 2. operating school life on the basis of democratic procedures”  1). Describing these democratic procedures a little further, Sudbury Valley School, one of the oldest running democratic schools in the United States, mentions the following three characteristics: individual rights, political democracy, and equal opportunity. Matt Hern, director of the Purple Thistle Centre, an alternative to school project in Vancouver, British Columbia, described nine characteristics of democratic schools in his book Field Day: non-compulsory academics, democratic self-government, self-regulation, non-graded evaluations, non-compulsory attendance, focus on emotional/social development, non-hierarchy of activities, broad interpretations of learning, and the importance of play.
Every staff member, student, parent, and supporter of democratic education might have a different definition. For the purpose of clarifying the content of this directory, we offer an inexact synthesis of the varying descriptions for this approach:

Democratic education is an educational approach grounded in respect for human rights and a broad interpretation of learning, in which young people have the freedom to organize their daily activities, and in which there is equality and democratic decision-making among young people and adults.

About the symbol & name GAIA:

At first it was ancient wisdom which stated that we are one with the universe, that everything is interconnected, that all is one.

Later modern science caught up with this idea. Now quantum physicists say exactly the same thing – in a subatomic level everything is interconnected.

In the 1970s chemist James Lovelock formulated the famous Gaia hypothesis which proposes that all organisms and their inorganic surroundings on Earth are closely integrated to form a single and self-regulating complex system, maintaining the conditions for life on the planet.

Everyone is talking about the same idea, only from different perspectives. We add one more – a visual perspective.

This symbol is presented like a metaphor of us and our earth. It is a big organism and we, people, are parts of this organism; we are not separate. And the earth is also just a part of an even bigger organism. Our earth is like a tree with roots that extend to the vast cosmos. Everything is interconnected.

A human being is a part of the whole called by us universe, a part limited in time and space. He experiences himself, his thoughts and feeling as something separated from the rest, a kind of optical delusion of his consciousness. This delusion is a kind of prison for us, restricting us to our personal desires and to affection for a few persons nearest to us. Our task must be to free ourselves from this prison by widening our circle of compassion to embrace all living creatures and the whole of nature in its beauty."
– Albert EinsteinWe believe that this understanding of being one with the universe can raise people’s awareness about our environment, us and our function. This can lead to some positive changes that our planet desperately needs.

This symbol is presented like a metaphor of us and our earth. It is a big organism and we, people, are parts of this organism; we are not separate. And the earth is also just a part of an even bigger organism. Our earth is like a tree with roots that extend to the vast cosmos. Everything is interconnected.

Gaia is a private school that provides holistic educational services to students K-12 with emphasis on democratic process, individualized instruction, academic freedom, self-motivation, cooperative learning, youth empowerment, and environmental stewardship. We are part of an education movement that has a long, fascinating history and a vibrant, viable future.